American jazz recording artist Amber Weekes has given the world a special and unique gift: her voice. Her producer Mark Cargill described it as “a voice from Heaven,” and hears “harps, violins, trumpets on a cloud of velvet whenever she begins to sing.”

Weekes is rising to the pinnacle of her career with the release of her new album, “Round Midnight Re-imagined.” An early review from the Midwest Record’s Chris Spector, says it’s “killer stuff.”

“The child of Harlem royalty, Weekes redoes a promo record she made 20 years ago that seems a direct connection to Harlem Renaissance.  You can feel the grandeur and glory that was Strivers Row that would later find its way to songs like Curtis Mayfield’s “We’re a Winner.”  If you want to know how class can sound sexy, sultry, and soulful, this is the ground zero lesson in it all.  Killer stuff.”

While musical venues were shuttered and entertainers silenced by the 2020 COVID-19 pandemic, Weekes was busy producing two albums with Cargill at his L.A. recording studio. She still found time to entertain her fans through Facebook Live every Sunday evening by creating the “Sunday Night Lullaby.” These intimate, 15-minute concerts from The Amber Inn, her home in Los Angeles, offered her followers a pandemic respite through her performance of jazz classics. 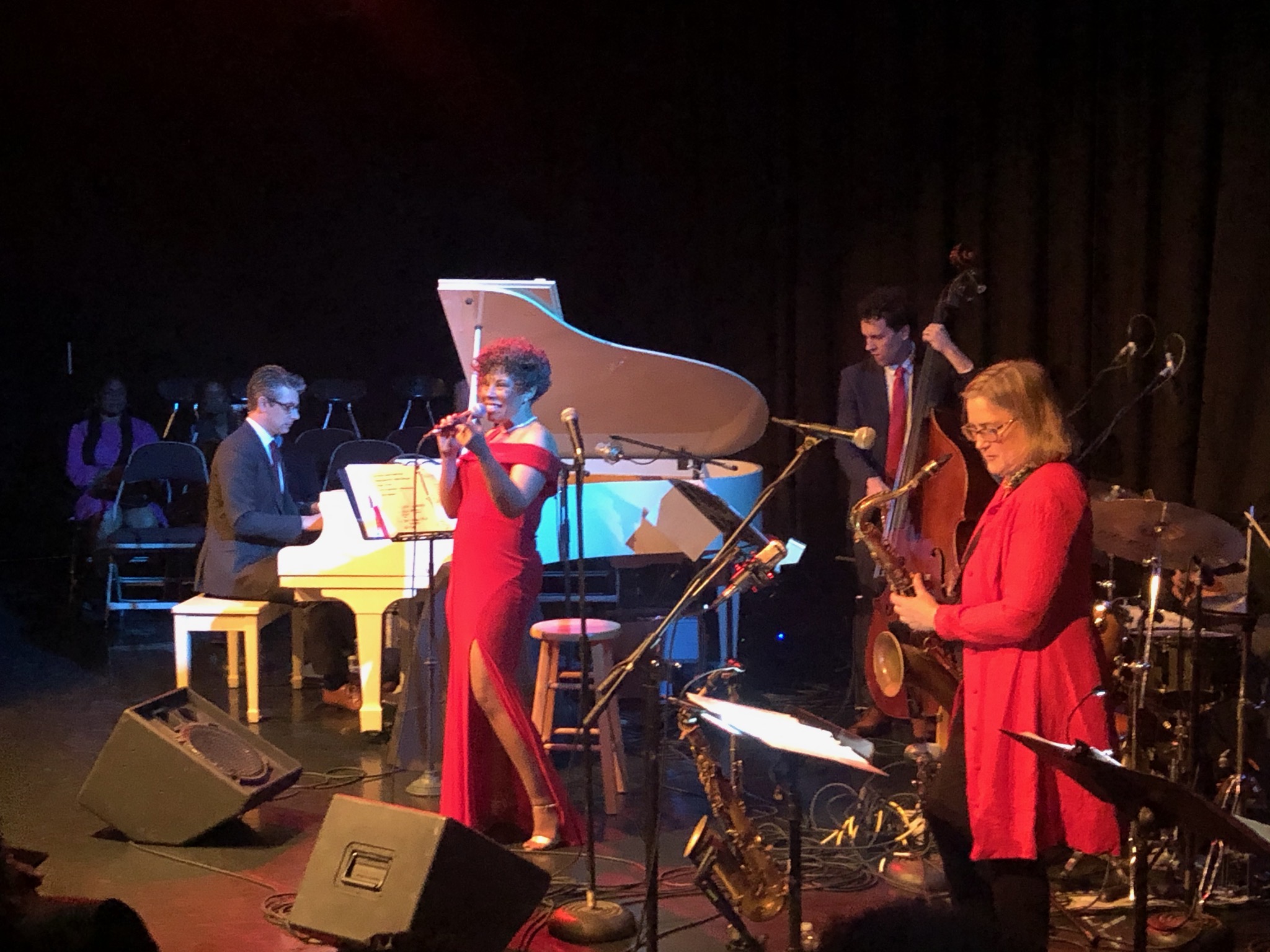 Weekes, raised in Los Angeles, says she was “born singing” in her parents’ musical household. At four, she stepped onto her first stage, the living room coffee table in her childhood home. The daughter of singers from Harlem, Weekes’ home oozed with the sounds of Frank Sinatra, Ray Charles, Barbara Streisand, Diahann Carroll, The Beatles, Leontyne Price, Ella Fitzgerald, Billie Holiday, and Motown. Generations earlier, her grandparents, Wilfred and Nettie Weekes served musical giants Lena Horne, Duke Ellington, Billy Strayhorn, and many others inside Weekes’ Luncheonette in the Sugar Hill section of Harlem. These famous patrons left their musical mark on the family. It was just a matter of time before Weekes would step into and fully claim her musical inheritance.

Out of her New York roots came a desire to tell stories through song. Inside her was a strong desire to perpetuate her father’s memories of Sugar Hill as that magical place in Harlem where his parents reigned as king and queen of that beloved community diner. 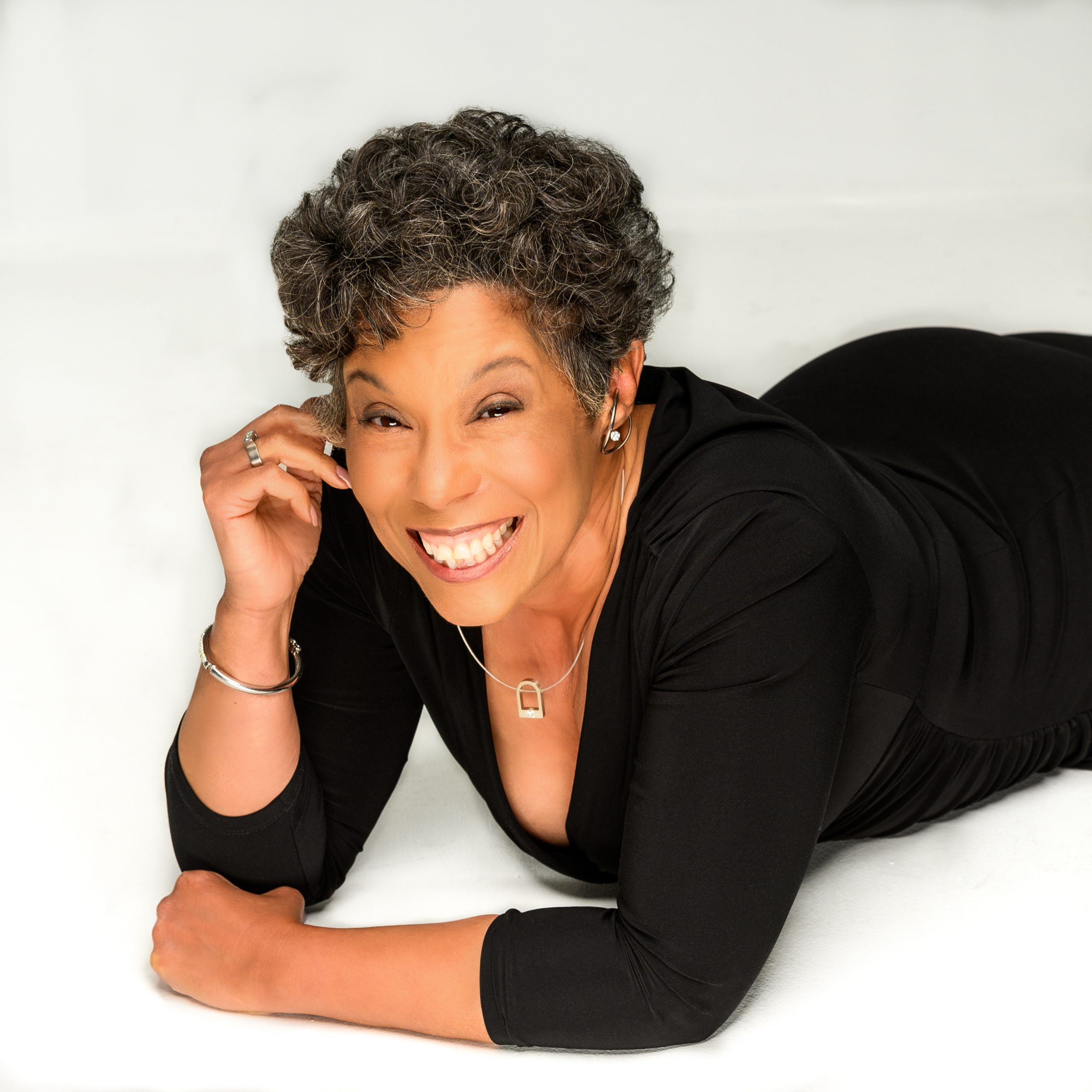 Her love for her father inspired “Round Midnight Re-imagined,” a fully remixed, remastered, and re-orchestrated version of her first album produced in 2002. Cargill created just the right musical arrangement for Weekes’ vocal prowess.

“We took the project from a well-produced skeleton production to a fully-orchestrated one, making Amber the Artist, not a singer fronting a jazz ensemble, says Cargill.  “This project is concert hall material versus a small jazz club.  It was mixed and recorded with that in mind.”

Before she began recording in Cargill’s L.A. studio, Weekes spent time with him and talked about the musical arrangement and how she fits into the new production.

“Amber is methodical and a consummate professional,” Cargill says.  “Before we start working on a song, she knows when it was written, who wrote it, the history of the lyrics, who sang it, and what year it was recorded.”

Weekes brings respect for the history of each song she selects to perform.  She has studied music extensively and brings her naturally good diction and intonation.

“Amber brings all of those attributes and more,” says Cargill.   “As a Jazz vocalist, it’s very important to have talent, tell the story, and have great presentation and understanding of the craft.”

At 14, Weekes was promised vocal lessons, but her parents could not afford them so she joined the church’s adult choir to use her voice.  After college, she began to study voice, singing with L.A. greats Gwendolyn Wyatt, Phil Moore, Jr., Catherine Hansen, Sue Fink, and most notably, three-time Grammy nominee Sue Raney for the past 20 years.  Raney helped Weekes discover her true singing talent by showing her how to use her beautiful voice to tell stories deeply through the music and lyrics.

Weekes’ vocal training exercises with Raney helped her develop her knowledge of her voice and she created quite a range. “She could have been an opera singer if she wanted.  She has the ability.  She worked very hard and developed herself into a wonderful, full singer.  Her voice just got richer, fuller, better.”

Raney worked with Weekes on the original “Round Midnight” album and is excited about the release of the reimagined version.  She believes that Weekes and Cargill have formed a wonderful partnership that will take her career “to the top.”

“When they found each other, it was the greatest thing that happened.  He knew exactly what to do in the studio,” says Raney.  “Her voice cannot be buried in the background.  Mark found everything she needed.  Everything I said she could do better – Mark already knew it.  I tribute the whole thing to both of their talents coming together.”

Beneath Weekes’ ambition is a deep love for her Caribbean and Latin roots, and her family history.  Her father, Martin Weekes, who passed away in 2016, continues to inspire her, and her work is a tribute to him.  She also draws inspiration from singer Oscar Brown, Jr.  Raney says Weekes’ talents have led her to introduce her audiences to him and others like him.

“Has any woman ever sung Oscar Brown?  I don’t think so,” says Raney.  “He was an entity unto himself, so it was innovative of her to take his songs.  I remember seeing him years ago but appreciate his material through Amber.  For example, ‘Mr. Kicks’ is a song that you wouldn’t hear a woman do.  Also, ‘Brown Baby’ and ‘The Snake.’  These songs reflect her versatility because Oscar Brown was very different.  Amber sings those types of songs because she loves ballads.”

All of Amber’s albums have gotten coast-to-coast airplay at hundreds of radio stations, including Alaska and Hawaii, and international play in the UK, France, Italy, Estonia, Canada, Argentina, and Australia.  Her music has been widely reviewed, calling her “one to watch” and “a singer that’s here to stay.”  Her album, “Pure Imagination,” received rave reviews.  Jonathan Widran of jwvibe called it “a revelatory work from an artist the world beyond the L.A. jazz scene needs to hear more of.”  Grady Harp from amazon.com said, “Amber Weekes is at the peak of her powers!  She just soars in this new recording…this new collection of her gifts is an enriching treasure that proves she is at the top of her game.”

Weekes has performed for over 30 years at clubs and venues throughout Southern California.  She also performed at special engagements, including the New Rochelle Jazz Festival in New York, Catalina Jazz Club in Hollywood, California, Caesar’s Palace in Las Vegas, The Cary Saruage Community Arts Center in Baton Rouge, Louisiana, “The Merc,” in Temecula, California, and “Jazz at LACMA (Los Angeles County Museum of Art).  She believes that her music is an instrument of healing and can heal the soul through her art form of jazz.  Like those jazz artists who came before her, she is committed to its preservation.