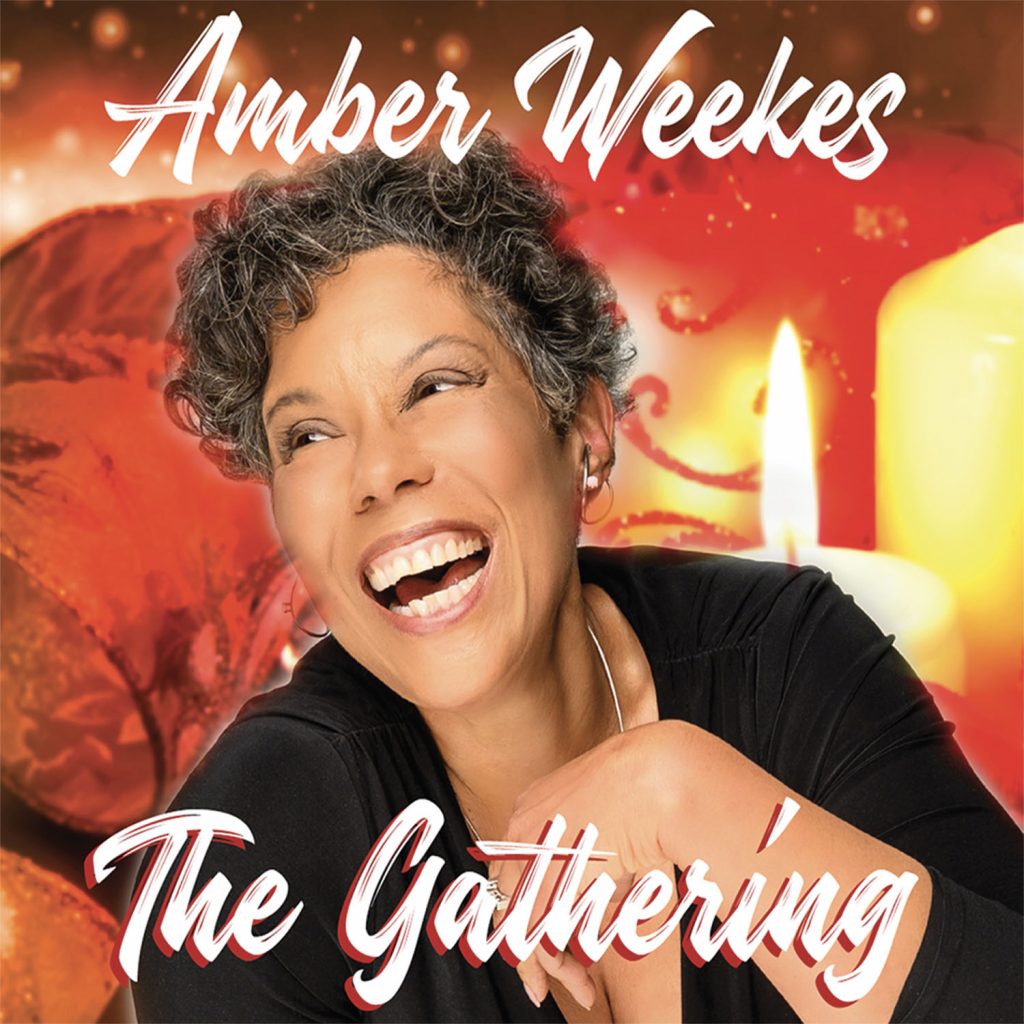 Southern California-based jazz chanteuse Amber Weekes has a truly gorgeous voice: warm, soulful and laden with poignant inflection. When she sings a ballad, she always sounds like every word is heartfelt. Although she’s splendidly showcased on her debut Christmas album, The Gathering, only half of its 10 tracks can be considered jazz. The rest are more accurately described as pop/spirituals, due mostly to producer Mark Cargill’s abundance of backing strings.

That said, the peppier numbers are a lot of fun; Weekes concludes many with playful, spoken-word “tags” that add a bit of mischief. The album highlight is an up-temp reading of “I Saw Mommy Kissing Santa Claus,” which swings like crazy and features solid solos by Ricky Woodard (sax) and Tony Capodonico (piano). The larkish, mid-tempo handling of “Winter Wonderland” is equally fun, thanks to Kevin Brandon’s bass licks and more tasty piano/sax from Woodard and Capodonico.

Drummer Fritz Wise lays down a heavy 4/4 beat for a bluesy reading of “What Are You Doing New Year’s Eve,” with Weekes’ mildly sassy delivery making her sound quite eager for that upcoming evening; Jacques Lesure delivers a solid guitar solo at the bridge. Wise and bassist Adam Cohen turn “I’ll Be Home for Christmas” into a gentle bossa nova, with Weekes putting wistful angst into every word.

Andrew Carney’s soft, muted trumpet trades licks with Kevin Brandon’s bass on a swinging reading of “Let It Snow,” which Weekes turns into a teasing invitation for a snowball fight; Capodonico and Carney trade brief (but tasty!) solos at the bridge.

The album concludes with a Cargill/Weekes/Gregory Cook original, which gives this album its title; unlike far too many modern efforts at new Christmas songs, this one is a captivating earworm that has a solid shot at becoming a holiday standard. 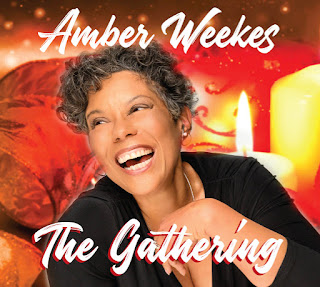 It’s never too early to start thinking of Christmas, right? Well, the latest release from jazz singer Amber Weekes titled “The Gathering” is just that, one of the first and newest holiday albums to arrive this month. It features ten tracks, filled with Christmas classics like “The Christmas Waltz,” “Winter Wonderland” and “Let It Snow.” Amber also includes the Rodgers and Hart’s “My Romance” from the musical “Jumbo,” which perfectly matches her vocals to make this a magical tune. Another lesser known holiday tune is “Some Children See Him,” in which Amber simply turns into one of the highlights of her new album. Amber Weekes wraps up her new holiday-themed album with the classic jazz ballad “What Are You Doing New Year’s Eve” and the one original song “The Gathering,” which is a sing-along delivered over a modern jazz/pop melody. To find out more about Amber Weekes and her latest release “The Gathering,” please visit amberweekes.com.

Inventive heartfelt seasonal jazz Amber Weekes – THE GATHERING:  It’s been just about a year since I reviewed “Pure Imagination” from exciting jazz vocalist Amber… she’s joined on this inventive heartfelt seasonal jazz album by Paul Jackson Jr, guitarist, bassist John B. Williams, and pianist Josh Nelson… I didn’t find LIVE videos from this new album, but you can get a great feel for her performance skills from this video…

The samples aren’t available yet, but I can guarantee that if you’re wanting to get in the mood for the Christmas season, you’ll fall in love with Amber’s ultra-hip version of “I Saw Mommy Kissing Santa Claus”… DJ’s will be spinning this jazz gem OFTEN, too, I predict!

I will tell you right now that I’ve never heard a more upbeat interpretation of “Winter Wonderland”… recording is flawless, and Amber makes the song come alive.

The album opens with a guaranteed winner, in Sammy Cahn’s “The Christmas Waltz”… absolutely laid-back and lush with life… I just LOVED this performance!

There was no question in my mind that my personal favorite of the ten tantalizing tunes offered up would be “Let It Snow”… it brings back many pleasant memories for me, and you will enjoy your own on this tune, too.

AMBER WEEKES/Gathering: A SoCal jazz vocal mainstay, Weekes delivers her first Christmas album with the requisite great songs and more great players than an indie record should be able to boast. Easy going but stunning, this is a delightful take on Christmases that have everything but snow. Who needs snow? A most welcome new addition to the holiday music shelf.
(Amber Inn)